Inside the Imperial Palace Grounds 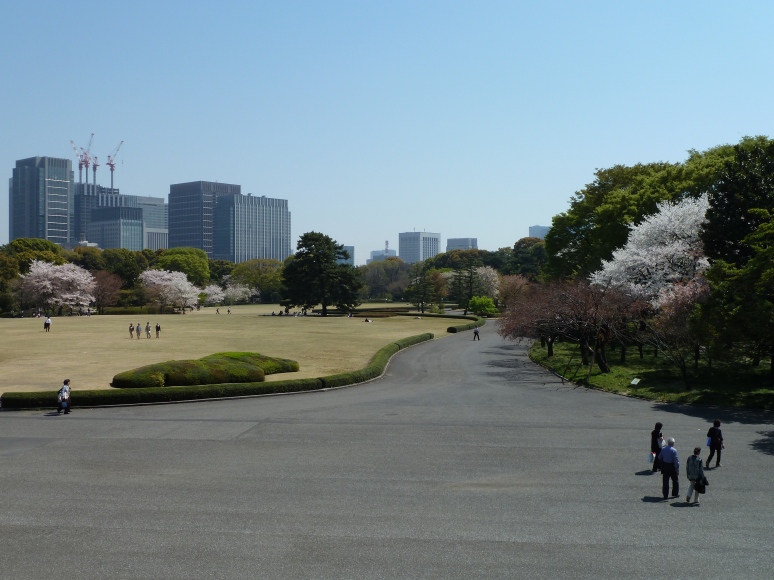 The grounds cover approximately 1.3 square miles.  In the northern portion of grounds is Fukiage Garden, the residence of the Imperial family.  The administrative buildings for the palace are located in the East Garden.

The Tōkagakudō (Peach Blossom) Music Hall is located east of the old Edo Castle in the Honmaru.  This music hall was built in commemoration of the 60th birthday of Empress Kojun on 6 March 1963.

Each Japanese prefecture is represented symbolically with one of the 260 trees planted in the northwestern corner of Ninomaru enceinte.

Large outer gardens reside in the southern portion of the palace grounds, known as Kokyogaien.

One of Tokyo’s dramatic vistas of the new and the old is the Imperial Palace’s East Garden (Kōkyo Higashi Gyoen).  To enter, visitors pass through Ote-mon, once the main gate of Ieyasu Tokugawa’s castle. 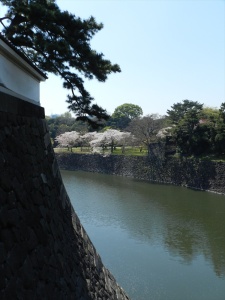 The East Garden was once the site of the Edo Castle, the residence of the Tokugawa shogun who ruled Japan from the turn of the 17th Century to the mid 19th Century. After a twenty year stay, Emperor Meiji moved to the Imperial Palace in 1888. 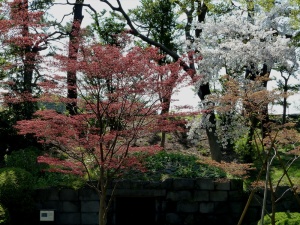 Passing the main gate leads to the Martial Arts Hall, or the National Police Agency dojo. 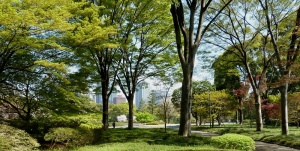 Imperial Palace view towards Tokyo in the East Garden

The Imperial Palace’s original defense system combined moats (Moat of Swans), walls and the Hundred Man Guardhouse (so named for 100 man shifts that protecting the Castle).   Sitting inside two barriers, the East Garden is now the only part of the Imperial Palace that is fully open to the public.  The first barrier once served as the innermost defense barrier (hon-maru) for the Edo Castle.  The second circle of defense, or ni-no-maru, houses the Garden. 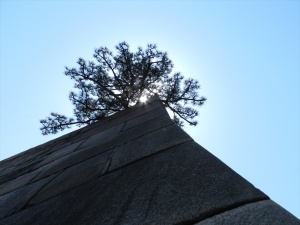 views of the Imperial Palace)

What once served as the foundation for one of Edo Castle’s towers has become part of the Ground’s landscape, surrounded by Palace’s large lawn.  The tower was built in 1638 and was the tallest structure in Japan until a fire destroyed it in 1657. 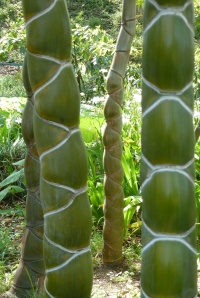 From Shio-mi-zaka, the highest point on the Imperial grounds, roughly translated Briny View Hill, a view of Tokyo and Toukagakudo Hall can be seen.  Toukagakudo is Tokyo’s Imperial Concert Hall built in 1966 to honor Empress Kojun.